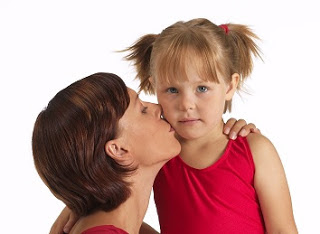 Muscle and joint pain often accompany upper respiratory infections caused by viruses. The other symptoms commonly include fever, fatigue and nausea together with coughing, congestion or sore throat.

The muscle and joint symptoms are usually mild, and their locations may change during the illness. As the illness passes, the pains go away. Nothing out of the ordinary is found in the joints or muscles.

Treatment consists of standard medication for cold. The anti-inflammatory and pain reducing substances in them will alleviate pain in the muscles and joints. However, medication cannot be relied on to prevent a cold, and it does not have an impact on the duration of symptoms. Rather, it helps the patient feel better until the illness is over.

Influenza is usually epidemic in nature. In that case, a large number of people fall ill in the same country, and the disease circles the planet until it dies down.

Influenza may be caused by viruses A, B, or C. Nowadays, the occurrence and movement of different strains of influenza around the world are tracked, and this helps in developing preventive vaccines that reduce the number of serious complications.

The clinical picture of influenza can be terribly harsh. It includes high fever, headache, and severe muscle pains. Complications may be dangerous and even fatal to old and sick people.

Treatment includes symptom-appropriate medication for fever and pain. Make sure to drink enough liquids. Get vaccinated unless there is allergy to eggs.

There may be infections around the body, and one the most common ones is erysipelas, which is caused by streptococcus bacteria.

The symptoms of this disease include a clearly confined redness, burning and possibly swelling. The patient gets a high fever, and the area may be acutely painful. Usually the skin is intact.

Erysipelas is most common in the legs. Bacteria enter the system via a wound, typically through broken skin between the toes caused by foot fungus.

Treatment consists of resting the infected area, antibiotics and local treatment of the fungal infection between the toes.

Folliculitis is possible in a hairy and sweaty area of the skin. A person may be predisposed to it if he comes to contact with oils in his work, has diabetes or is on cortisone treatment. The infection is seen around the follicle in the form of redness and swelling. A boil may eventually appear on the site.

A boil may develop due to infection in subcutaneous tissues or contamination of the skin. This initially shows like a local bump, pain, and redness. Fever is likely. When pus forms, the bump becomes soft.

Avoid picking pimples on your face, especially near the nose, because this region has a direct connection to the blood circulation of the brain and may increase the chance of an infection spreading to structures inside the skull.

Type 1 herpes simplex virus causes infections near the mouth and on the skin, and type 2 in the genitals. Initial symptoms may be very mild or quite severe.

The symptoms around the mouth usually begin as itching and burning pain. Small blisters develop shortly thereafter, and they are covered with scabs in about a week. The condition is often prolonged with an accompanying bacterial infection.

Treatment consists of locally applied herpes medication. The earlier its use begins, the better it works. If there is an accompanying bacterial infection, antibiotic ointments are required.

Herpes zoster or shingles usually appears on the chest and stomach, sometimes also in the facial area and near the eye as a blistery and painful rash. The varicella zoster virus that causes it, resides in the spinal cord.

The rash does not cross over the median of the body and is found in the area of only one tactile nerve. When the rash heals, it may leave a scar and sometimes also problematic residual pain.

Treatment may include medication effective with viruses and sometimes also cortisone for those who have a high risk of post-rash pain. Otherwise, the effort is put into preventing an accompanying bacterial infection and controlling pain.

Popular posts from this blog

April 01, 2020
Neck pain Neck problems are a modern epidemic, especially with office workers. When talking to people who work at computers, it is rare to find someone who has never had neck problems or some kind of neck pain symptoms. The busier and the more stressful the jobs, the more problems there seem to be. Neck pain causes are not always clear and neck pain diagnosis is not always easy. The neck muscles were made for work where they contract and then relax. This happens for instance when chopping wood. It is remarkable how well the neck supports this type of activity after prolonged practice. However, while working at a computer the neck muscles only have to support, in addition to the head and arms, maybe the weight of a sheet of paper. Despite this, neck muscle pain problems crop up. This is caused by prolonged tension of the neck muscles, which they do not handle well. Tension Neck The most common cause for neck pains is the so-called tension neck syndrome. Its symptoms are
20 comments
Read more

April 01, 2020
Headaches are very common and there are several headache types. Headache may also be called cephalgia. An estimated 80 percent of people suffer from headaches periodically. It is by no means always a sign of an underlying illness—you can get a headache because of a flu, too much partying, overexertion or nagging problems. There are many headache causes, but it is rare that a headache should signal a life threatening illness, but seeing a doctor is advised if the headache disturbs daily life, or it changes its form. A new and sudden headache symptom should always be looked into promptly. Headache treatment can be effective and there are a lot of efficient remedies for headache, so one has no reason to grin and bear the pain. Tension Headache The most common cause for headache is muscular tension. Approximately, a third of Finnish adults suffers from it. It was thought to be caused by excessive tension in the head and neck area muscles, which cuts down on circulation and causes
5 comments
Read more

April 01, 2020
Calf, Ankle and Foot pain The legs continuously carry the entire weight of a person and ankles and the feet take care of contact to the underlying surface. The Lower Leg consists of two long bones. The tibia or the shinbone is the larger one and the fibula or the calf bone is the smaller bone located on the outside of the leg. The calves have strong muscles. The Achilles tendon connects the calf muscles at the back to the heel bone. The ankle joint connects the lower ends of the tibia and the fibula in the lower limb with the foot. From the ankle down, the foot consists of 26 bones. This structure makes movement to be possible in various situations. Calf pain Muscle pain Calf muscle may be painful pain due to too much of exercise and lack of stretching. Sudden strain on unprepared calf muscle or a direct blow can also cause calf pain. Excessive running up the hills is often a considerable stress for calf muscles. Certainly some soreness in the muscles is a normal situatio
7 comments
Read more