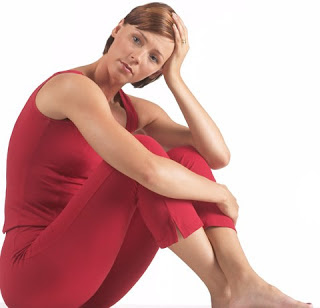 If a person has generalized pain symptoms and pain in several locations or almost everywhere, the sufferer starts suspecting the risk of rheumatoid arthritis. This usually, however, is not the case—normally diagnosis of generalized pain condition points to something benign even when there is pain all over.

The inflamed joints are tender and stiff, especially in the morning or when not used for some time. There may be a burning sensation in them and they may become warm. In addition to joint inflammation, irritation may be experienced in the attachments of the tendons to the joints and inflammation of the mucous bursas near the joints. In the long run, if the disease progresses, the range of motion in joints limits, and they may deform.

Symptoms preceding the onset of illness include fatigue, appetite and weight loss, fever and some other symptoms seen with many other illnesses. Because this disease is by nature a systemic connective tissue disease, the patient may experience varying symptoms.

Medication plays a key role in rheumatoid arthritis. Early start improves the treatment outcome. Treatment should be left to an experienced rheumatology specialist. The outcome of treatment varies from person to person. Some patients have an aggressive form of the disease; others may have fewer symptoms over time. In cases of rheumatoid arthritis, it is necessary to maintain mobility of joints by using the joints in a manner that is appropriate with each stage of the disease.

It is common to experience joint, tendon, or muscle symptoms after various infections, particularly in the case of intestinal or urinary tract infections. Post-infection symptoms that cannot be easily connected to the infection often appear after the infection.

Post-infection joint symptoms are present in only a few joints simultaneously and usually asymmetrically. Muscle and tendon symptoms may vary widely.

If these symptoms remain for a long time, a doctor should be visited. Most post-infection symptoms require no treatment and will go away in time. Some may require treatment to ease the pain they cause.

Borreliosis otherwise called Lyme disease, which contracts via tick bites, may cause joint symptoms. If there is a ring-like outwards expanding rash in the area of the bite, a doctor should be seen immediately. Other symptoms in the initial stage may be fever, headache and fatigue. The disease is easily treated with antibiotics at this point. If one does not detect a rash, or it does not appear in a typical way, the disease can be diagnosed with the help of the clinical picture, the findings, and the serological blood test showing increased antibodies.

In the later stages when bacteria spreads by circulation, these outwards expanding circular rashes may arise at various sites of the body even far away from the site of the first bite.

There may be later muscle and joint symptoms and symptoms in other organs including the brain, nerves, eyes and heart. The later the disease is diagnosed, the more complex the treatment and the more uncertain the results are.

Fibromyalgia has been a generalized pain syndrome in the center of attention in recent years. Fibromyalgia causes a wide-ranging pain and a painful response to pressure accompanied by other symptoms such as weakness, sleep disorders, and morning stiffness.

The pain in this generalized pain disorder is typically a dull, vague ache. Often one area is more painful than others are. According to some research, the first symptoms appear most often in the area of wrists and hands. Powerful fatigue is common and may be present onwards immediately after waking up. Sleep disorders include waking at night and difficulty falling back asleep.

Many patients with fibromyalgia also have other symptoms such as irritated colon, tension headaches, muscle spasms and twitching, weakness in the limbs, menstrual problems, an impaired concentration and memory, depression, anxiety and heart symptoms.

A doctor’s examination shows particularly severe pain in typical points in several different areas. The doctor has to exclude other illnesses and generalized pain causes that can offer similar symptoms. Only after that can the fibromyalgia diagnosis be made.

Physical therapy may worsen the condition. Massages, such a lymphatic massage, work for some patients. Cold compresses may be helpful.

Sleep disorders should be reduced with medication. Anti-depressants often work well here, as they have the best effect on fibromyalgia-related sleep disorders. A lower dosage is usually sufficient in the case of fibromyalgia.

Treatment often does not make all the symptoms disappear. The main issue is not to let the disease control everyday life. A normal life and moderate use are beneficial. The worst possible alternative is to stay at home alone and mull over the pain.

Similar wide-ranging mild symptoms may be associated with many other conditions. If the problems of wide area pains stay for a long time, a doctor´s check should be organized.

Self-treatment for fibromyalgia includes OTC anti-inflammatory medication when needed and ointments for the painful areas, if they are helpful. Cold compresses 20 minutes at a time several times a day may be useful. Sometimes heat pads work better.

In some people, taking saunas aggravates the symptoms. A long cold shower, after a sauna or bath, may reduce the next night’s misery.

A overall good fitness form should be held. When one is in a good condition, the pain is usually milder, and it is tolerated better. Aerobic exercises should be done for 20 minutes three times a week, in a way that pulse rate goes up. Swimming, walking with or without poles, biking, gym or group exercises are usually tolerated well enough.

Anaerobic exercises causing lactic acid to build up are usually tolerated worse. In persons suffering from fibromyalgia, muscles get sore more easily this way. In general, the exercise intensity should be raised gradually and not too fast with this condition because the muscles get easily aggravated.

Warm baths and salt baths help some. Whirlpool baths may help. Winter swimming keeps the symptoms in check for some people. Temporary extreme cold treatments in special treatment rooms have also been used for this condition. Traditional tempering treatments may also work.

Fasting alleviates the pain temporarily. Vegetarian diet works for some patients. It might be worthwhile to have a diet diary and track the impact of diet on the pain symptoms.

A warm and dry climate with few daily changes suits some patients better than the northern cold and humid climate. This is true especially in spring and fall, when the weather can change quickly, and many people travel to warmer countries from the colder regions during these seasons.

Also in children there may be generalized pain Healthy children may have pain in the bones, joints, and muscles. If there are other complaints and findings like losing weight, fever, fatigue, severe local pain or findings in the joints like restriction of movements or swellings, a doctor should be consulted. Growing pains and variations, traumas or overuse, may cause benign pains for a long time.

Obvious swelling in a joint.
Pain and an earlier tick bite.
All prolonged wide-ranging pain.
Pain that makes everyday life difficult.
Pain that worries you.

Popular posts from this blog

April 01, 2020
Neck pain Neck problems are a modern epidemic, especially with office workers. When talking to people who work at computers, it is rare to find someone who has never had neck problems or some kind of neck pain symptoms. The busier and the more stressful the jobs, the more problems there seem to be. Neck pain causes are not always clear and neck pain diagnosis is not always easy. The neck muscles were made for work where they contract and then relax. This happens for instance when chopping wood. It is remarkable how well the neck supports this type of activity after prolonged practice. However, while working at a computer the neck muscles only have to support, in addition to the head and arms, maybe the weight of a sheet of paper. Despite this, neck muscle pain problems crop up. This is caused by prolonged tension of the neck muscles, which they do not handle well. Tension Neck The most common cause for neck pains is the so-called tension neck syndrome. Its symptoms are
20 comments
Read more

April 01, 2020
Headaches are very common and there are several headache types. Headache may also be called cephalgia. An estimated 80 percent of people suffer from headaches periodically. It is by no means always a sign of an underlying illness—you can get a headache because of a flu, too much partying, overexertion or nagging problems. There are many headache causes, but it is rare that a headache should signal a life threatening illness, but seeing a doctor is advised if the headache disturbs daily life, or it changes its form. A new and sudden headache symptom should always be looked into promptly. Headache treatment can be effective and there are a lot of efficient remedies for headache, so one has no reason to grin and bear the pain. Tension Headache The most common cause for headache is muscular tension. Approximately, a third of Finnish adults suffers from it. It was thought to be caused by excessive tension in the head and neck area muscles, which cuts down on circulation and causes
5 comments
Read more

April 01, 2020
Calf, Ankle and Foot pain The legs continuously carry the entire weight of a person and ankles and the feet take care of contact to the underlying surface. The Lower Leg consists of two long bones. The tibia or the shinbone is the larger one and the fibula or the calf bone is the smaller bone located on the outside of the leg. The calves have strong muscles. The Achilles tendon connects the calf muscles at the back to the heel bone. The ankle joint connects the lower ends of the tibia and the fibula in the lower limb with the foot. From the ankle down, the foot consists of 26 bones. This structure makes movement to be possible in various situations. Calf pain Muscle pain Calf muscle may be painful pain due to too much of exercise and lack of stretching. Sudden strain on unprepared calf muscle or a direct blow can also cause calf pain. Excessive running up the hills is often a considerable stress for calf muscles. Certainly some soreness in the muscles is a normal situatio
7 comments
Read more